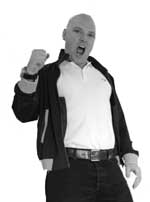 Contributed by punk_sk, Posted by Aubin Paul Victory 16 years ago

Victory Records has reportedly countersued Hawthorne Heights. The lawsuit is the second in the increasingly dirty legal battle between the platinum selling act and their label.

Victory's countersuit, filed on Friday, accuses the band of breach of contract and libel against the label for a lengthy "manifesto" that Hawthorne Heights posted on their Web site. The post slammed the label's alleged promotion tactics and accused it of "severely" damaging the band's reputation and relationship with its fans. The counterclaim explained: