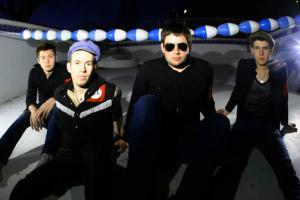 Contributed by david_arquette, Posted by Aubin Paul Three One G Break-ups 14 years ago

The Plot To Blow Up the Eiffel Tower have announced that their upcoming fall tour will be their last together.

The band had this to say:

We will be completing this tour and a final San Diego show (not Oct. 12th) and then disbanding. A seven-song mini LP, "Saviours & Suckers", will be released posthumously by ThreeOneG.

Over the course of the last five years we have accomplished and exceeded every goal we had set out to accomplish. We saw the world, and in the process made half of it fall in love with us and the other half wish us dead. We released records that will surely be regarded as classics in the years to come. We made life long friends in faraway places. Perhaps most importantly, four best friends watched each other grow from boys to men.

The band released their last full length, Love in the Fascist Brothel on Revelation and before that, Dissertation, Honey. Their most recent release was the 2006 EP, Inri.