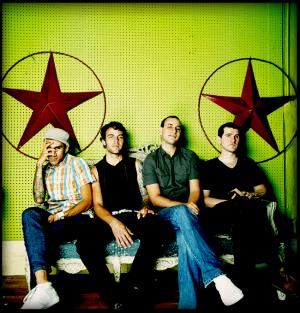 Brand New has announced details including the title and track listing for their highly anticipated major label debut.

According to the band, the record will be released on November 21st on Interscope Records. Titled The Devil and God are Raging Inside Me, the record was produced by Mike Sapone and mixed by Rich Costey. The album is the first new full length from the band since 2003's Deja Entendu.

The release comes shortly after the band wraps up a tour with Dashboard Confessional.

Tours: This Is Hell (UK)