The Members reuniting in London this December 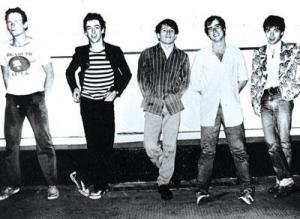 by Adam White 16 years ago

First era UK punk band the Members will be playing a one-off reunion show on the 15th of December at the Forum Kentish Town in London. The lineup will include original members Nick Tesco, JC Carroll, Chris Payne, Adrian Lillywhite and Nigel Bennett. They'll be joined on stage by 999, Chelsea and Pork Dukes.

The Members original run lasted from 1977 to 1984 and they had a hit with "Sound Of The Suburbs" in 1979. They recently reunited for Carroll's 50th birthday, it was the first time they had played together in 24 years.