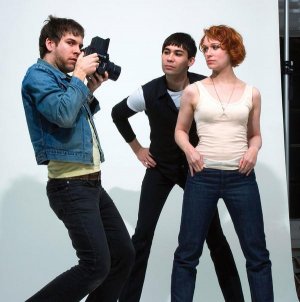 by Aubin Paul Break-ups 14 years ago

According to Pitchfork, Rainer Maria has decided to call it quits after two final shows

We are grateful to our new listeners and especially our longtime fans for their endless support and attention. We feel incredibly fortunate to have come up during a unique time in rock music, in a community that grew with us from the Midwest to Brooklyn and beyond. Making records has always been a revelation, and walking onto stage together we found a vision we could share.

For us, this transition can be nothing short of heartbreaking. But for reasons both musical and personal, the three of us have chosen this time to move on.

The band formed in 1995 and released a number of albums including 2002's Ears Ring, 2003's Long Knives Drawn and 2004's live DVD/CD set Anyone In Love With You (Already Knows). The band released their final album, Catastrophe Keeps Us Together earlier this year.