“Harder They Fall: A Tribute To Integrity” track listing and details

Contributed by Amazingthemike, Posted by Aubin Paul Escapist 14 years ago

Escapist Records has announced some more details from their tribute to long-running metal/hardcore act Integrity who have been on hiatus since 2003's To Die For.

Titled Harder They Fall: A Tribute to Integrity, the disc will feature contributions from a number of acts from North America and Europe. Artwork will be provided by Raf Wechterowicz (Ringworm, Dead Hearts, Death Before Dishonor) and Dead Horse Inc. (Hoods, On Brown Wings, Shattered Realm) will be handling the layout and design for the album. The record is due out in January. 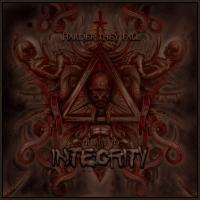