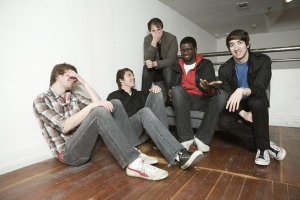 Plain White T's have announced a headlining tour in support of their recent full length, Every Second Counts. The tour, which features openers Boys Night out, Lovedrug and for the first three weeks Mayday Parade with Dear and the Headlights taking Mayday's spot for the remainder of the dates, kicks off March 4th in Green Bay, WI. The band has also just been added to The Bamboozle Festival 2007 happening on May 5th & 6th in East Rutherford, NJ.

The band recently won mtvU's coveted "Breaking Woodie," a "Best Emerging Artist" category in which they were nominated alongside the Arctic Monkeys, Chamillionaire, Imogen Heap and Lupe Fiasco. "Hey There Delilah," the Chicago-based quintet's single was also nominated for the "Streaming Woodie," a category honoring groups with the most downloads.

The Leftovers recording new album, drummer to play in the new Queers line up