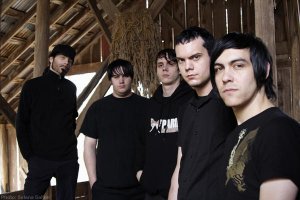 Contributed by Laurier, Posted by Meg Reinecker Prosthetic 15 years ago

The Esoteric have announced two line-up changes regarding one of their guitarists and drummer:

As many of you may have heard, Cory White decided to leave his post as one of THE ESOTERIC's guitarists late last year for personal reasons. Additionally, but separately, we have decided to replace drummer Marshall Kilpatric, who relocated to Los Angeles last fall to further pursue his personal musical journey. Our partings are mutual and amicable and we wish our friends nothing but the best of luck in their future endeavors.

Music: The Matches, Escape the Fate added to Warped Tour