Via an Anonymous Source, Posted by Aubin Paul Touch and Go 16 years ago

Touch and Go has set a release date and announced the details about their upcoming full length from Ted Leo And The Pharmacists. As reported earlier, the album is titled Living With The Living. The record was produced by Fugazi's Brendan Canty and is now due out March 20th, 2007.

Leo will be performing a rare solo performance on January 26th in Brooklyn, New York at North Six. The show, which will also feature Medications, The Forms and Last Letters is a benefit for Callum Robbins, the son of producer J.Robbins who was diagnosed with SMA last year. 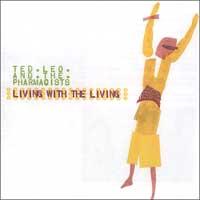