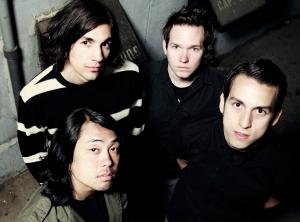 Rufio have announced, six years after their debut release of Perhaps, I Suppose, that they'll be playing a farewell show June 1:

well… its been a while friends… and we've finally decided that its time to do an official farewell show with all the members of rufio on June 1st. We thought it would be a good way to show our appreciation to all our hometown friends and fans who have supported us from the very beginning. We figured the Glasshouse would be a very appropriate venue to host the show and we hope to see ALLLL of you there! we'll be playing a variety of songs, and even oldies we rarely play! Its going to be a sad night but it also means the birth of new projects and new music!

In addition to their farewell show, the band also plans to head to South America in June "for one last hoorah." More information about those shows will be posted later.