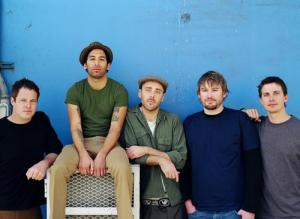 Our favorite South African Evan recently emailed back and forth with Chuck from the Mad Caddies, talking about their upcoming album Keep It Going, the follow-up to Live From Toronto: Songs In The Key Of Eh. 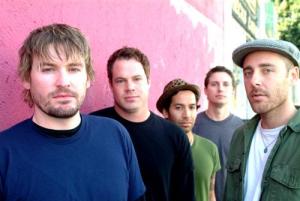 How does your upcoming release Keep It Going differ from your previous releases?

I decided to take a look around the internet to see if the new album leaked, and it seems it has - about a month before the release. Do you feel it hurts your band or promotes your music?

Its inevitable, bands like us need all the help we can get promotion wise. It doesnât bother me. If you get the music for free and like the band then at least come to the show.

What was it like working with producer Wayne Jobson and legend Duckie Simpson on guest vocals?

Wayne was great. Very cool guy with good ideas and lots of good stories and incite. We actually never met Duckie. Wayne went to a studio with him in Jamaica and voiced the tune. Iâm sure our paths will cross one day though.

What was the reason behind Mark Iverson leaving the band last year?

Mark just didnât think touring was for him anymore. Nothing personal, he just had enough. Still good friends and we speak all the time.

Who is currently filling his place?

Our friend Chris from Birmingham, England. He used to play in a band called Farse. We toured with them awhile ago and he was one of our first picks. Cool guy and fits in very well with our lifestyle.

Will Chris be the official bassist from now on or are you still searching?

Chris will be playing with us for a long time.

Why do you think there is a lack of bands reaching audiences in places such as South Africa? Is it because of the lack of money/promoters or generally an unappealing/non-profitable audience?

I donât think profit has much to do with it. Most bands I know would jump at the chance to come for little money. There isnât a lot of money to be made so Iâm sure the promoters are a little reluctant sometimes, which is totally understandable.

What are your expectations of South Africa?

I've heard itâs amazing! We are all very, very excited. My only request is to see the real South Africa and not so much touristy stuff.

Where was your favourite show played, and what made it different from others?

Amsterdam 2004, Halloween night. Everything went right that night. There have been lots of amazing shows though. Itâs kind of difficult question.

All the reggae stuff. It allows me to take a little break and soak up the atmosphere.

Listening to Ska all night is kind of annoying. There is more to music than Ska

Itâs horrible, there are no more good venues for bands to play. Without that it kills any scene. We were very lucky when we started because there were many good venues and lots of bands came to town. Itâs really hard these days.

Listening to Ska all night is kind of annoying. We much prefer to play with different bands. Not only for ourselves but also to expose the crowd to different music. There is more to music than Ska.

After 10 years, what is your key motivation to still make music and how do you keep the shit out of the relationship between members?

The motivation is pure pleasure. Itâs the most fun job in the world. Weâre all friends and know how to handle each other. We are all pretty easy going as well. Sure, sometimes we bicker a little but nothing serious.

Have a good time all the time.