Rage Against the Machine is up to something 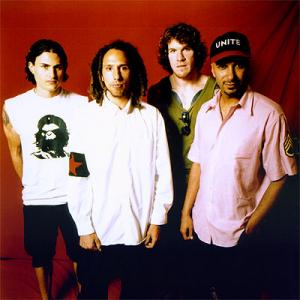 by Aubin Paul Politics 15 years ago

Apparently not happy just to hurt Ann Coulter's feelings, Rage Against the Machine are reportedly up to something, though no one has really been able to figure out what that is.

Today, the band - or at least someone representing the band - launched http://www.ratm82407.com/, which includes two countdowns. The first counting down to next Monday. The second is counting to August 24th, 2007. While there is no definitive news on what it could be, the domain name information suggests that the band could be gearing up for a major tour, since the site is owned by Live Nation, a major tour promoter.