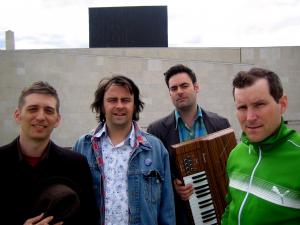 Contributed by mclz, Posted by Adam White Anti- 14 years ago

Epitaph / Anti- has released the cover art and track listing for the Weakerthans highly anticipated fourth LP Reunion Tour. The 11 song full length was recorded in two sessions, 11 days in March of 2007 at Prairie Recording Co. in Winnipeg and four in April at Toronto's Junkshop. The cover art for the release was done by Winnipeg artist William Eakin. Among the 11 songs are a new version of the previously released "Utilities," what looks like a sequel to "Plea from a Cat Named Virtute" and a track named after the annual Canadian women's curling championship.

The only downside is it's a long wait to September 25th. Reunion Tour follows up 2003's Reconstruction Site. 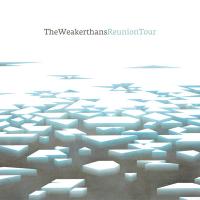