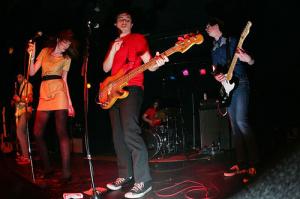 by Adam White Dirtnap 14 years ago

Dirtnap Records will release new CD / LP from Chicago five-piece the Busy Signals. The full length is expected in October, with more details to be announced in the next few days.

Busy Signals formed in 2004 and debuted with a single in September of 2005 on Atlanta's Douchemaster Records. The band features former members of the Carbonas, the Tyrades, the English Softhearts and the Krunchies. The Villiage Voice recently singled the group out as one of the best young power-pop acts at the recent Radio Heartbeat festival. They'll have the opportunity to prove it again at this September's Gonerfest in Memphis, TN with Jay Reatard and the Marked Men among others.