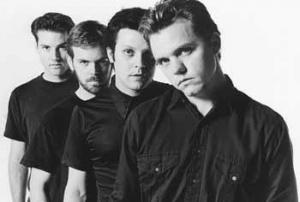 Ryan Ferguson, guitarist formerly of post-punk innovators No Knife, has joined Better Looking Records. The record is titled Only Trying To Help and is due out August 21, 2007

Ryan composed, co-produced and played nearly every instrument on the record, The album is the follow up to his 2005 solo debut, Three, Four. You can check out two songs from the new record and his previous solo album on his myspace page.