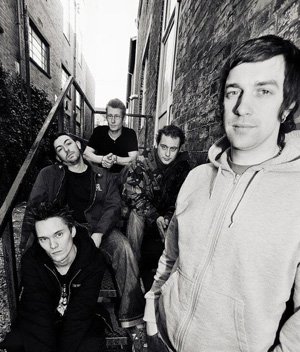 Via an Anonymous Source, Posted by Justin August Ska and Reggae Break-ups 13 years ago

The UK's brightest ska-punks in Capdown have decided to call it quits after ten years together. The band, which hails from Milton Keynes, have confirmed that their October tour will be the last for the band.

We are now formally announcing that the band will not be continuing to work together as Capdown after the October 2007 tour. After completing our last, and best, album in 2007, we have all decided that we want to explore other experiences in life, outside the band unit.

The band released Wind Up Toys this year, the latest in a long string of solid albums and EPs including Pound for the Sound, New Revolutionaries, Civil Disobedients and a split with the East Bay's Link 80.

Final tourdates can be found below.

Tours: Bayside / The Sleeping / A Day to Remember / Driver Side Impact