Win a guitar from Eisley 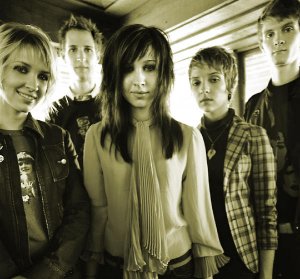 With their new album set to drop this week, Eisley, has decided to give one of you an acoustic guitar. Using it, you can start up your own folk/punk group, sign to a succession of ever larger indies before making the jump to a major label and freaking everybody out.

The band's new record is titled Combinations and is due out August 14, 2007. You can catch Eisley on a whirlwind tour through the United States beginning in early September.

You can check a video from the record as well as enter the contest right here.