by Aubin Paul Movies and Documentaries 14 years ago

The soundtrack has been announced for the upcoming third Resident Evil film, titled Extinction. The soundtrack will feature a number of familiar faces including Shadows Fall, Bayside, Aiden, Throwdown, Chimaira, Emanuel, Poison the Well and others. It is due out September 18, 2007.

The soundtrack includes a number of remixed tracks and you can check out the first five here. 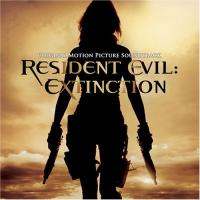