Most of Government Issue to reunite for upcoming John Stabb benefit 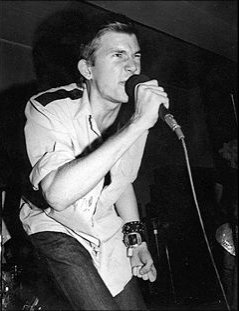 Contributed by theonetruebill, Posted by Aubin Paul Dr.Strange 14 years ago

Three quarters of the Make An Effort-era lineup of DC punk act Government Issue will be reuniting to perform at a benefit for frontman John Stabb who was injured in a terrible and unmotivated assault.

The show will take place on Sunday, September 23rd and will include Pup Tent, Alive at Last, L.O.J., No Image and 76% Uncertain.

Leading the show will be what is being dubbed "Government Re-Issue" and will include John Stabb, Tom Lyle, William Knapp, and Brian Baker.