Contributed by someone138, Posted by Aubin Paul Fat Wreck Chords 13 years ago

For the third in their square dance vinyl series, Me First and The Gimme Gimmes will be tackling the red–headed stranger himself, the marijuana–smoking, biodiesel drivin' outlaw country star Willie Nelson.

The square–shaped vinyl will include "On the Road Again" – which originally appeared on Love Their Country – and the new contribution, "City of New Orleans." It's due out December 11, 2007. 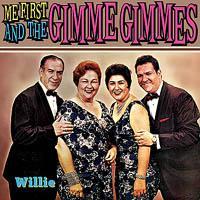 Music: Armor For Sleep: "Smile for Them"