Epitaph signs Story of the Year 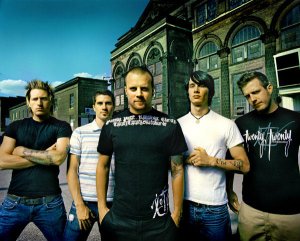 by Aubin Paul Epitaph 14 years ago

Epitaph has announced the signing of Story of the Year. Epitaph boss Brett Gurewitz commented on the signing:

From my first time seeing Story of the Year light up the stage of the tiny Troubadour club like a torch, to soon thereafter seeing them light up every TV screen across America, I always regretted that I hadn't come across them just a little sooner and perhaps have had the chance to sign them, All I can say is I'm finally redeemed! This is a very big deal for Epitaph.

The popular band released two albums on Maverick Records, 2005's In the Wake of Determination and 2003's Page Avenue. The band's Epitaph debut will see a reunion with Page Avenue producer and Goldfinger frontman John Feldman as well as Elvis Baskette (Chevelle, Escape the Fate).

The debut is set for release in Spring 2008.

Upcoming Bosstones disc due out on Big Rig Records in December