The Loved Ones announce upcoming album 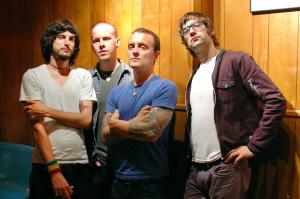 Via an Anonymous Source, Posted by Aubin Paul Fat Wreck Chords 15 years ago

The Loved Ones have announced the details about their upcoming sophomore full length. The record is titled Build & Burn and is due out February 05, 2008. The album was produced by Pete Steinkopf and Bryan Kienlen of Bouncing Souls as well as Bob Strakele who also acted as engineer and mixer. Members of the Hold Steady also provided some guest performances.

The band is promising some new material on their upcoming tour with NOFX.