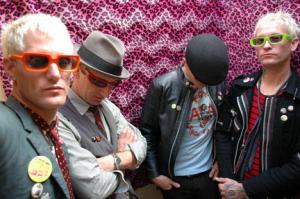 Contributed by shindo, Posted by Adam White BYO 15 years ago

The Briefs have posted updates on their various side projects. Steve E. Nix and the Cute Lepers, which features Nix, bassist Steve Kicks and Josh from The Spits, are planning to tour in February. Dates are to be announced. Chris Brief and Justin from the Clorox Girls have playing in Suspect Parts. Guitarist Daniel J. Travanti and members of the Bodies are playing in Modern Action.

Despite all the side bands the Briefs are reiterating that they haven't broken up. Future touring has been promised, but nothing specific has been announced yet.