by Aubin Paul Anti- 14 years ago

On the heels of their critically acclaimed Grinderman side–project, Nick Cave and the Bad Seeds have announced the North American release date for their next album. The record is titled Dig, Lazarus, Dig!!! and is due out April 08, 2008. It also follows their 2004 double album, Abattoir Blues / The Lyre Of Orpheus.

You can find the title track from the album on the front page of their official website. 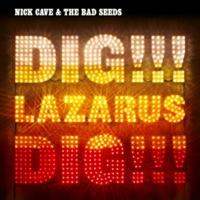