Contributed by ben_conoley, Posted by Ben Conoley Ska and Reggae 12 years ago

You're the lucky reader of the 31st edition of the Punknews.org Vinyl File. This column aims to keep you informed with upcoming releases as well as spotlighting interesting releases, your favorite bands' own collections and labels with a history of vinyl releases worth talking about. As always, Vinyl File is brought to you by Ben Conoley.

This week we are excited to bring you the winners of our Less Than Jake test pressing contest. We've also got new on new releases from Paint it Black, Isis and Flight of the Conchords.

Last week's contest, in which we offered up four Less Than Jake test presses to those who wrote in why they thought they deserved them, was a huge success. It got such a large response, in fact, that Vinnie and the rest of the band have stepped up and offered one reader a copy of all four test presses with 12 runners-up receiving one each. Vinyl File would like to thank the band for their generosity and support.

Our grand prize winner, and the recipient of all four test presses is Asher Dewhurst of Burke, VA. Asher's photo of not only his records, but his kids sealed the deal on both radical records and adorableness. Congratulations Asher! 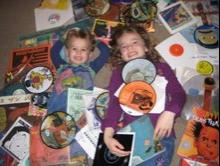 Our runners-up all had a great reason to win, and we've included some of their contributions below. The runners-up were:
Eric Norris of Greenwood, Texas
Jaimee Baker of Westwood, Massachusetts
Joshua Pratt of Cambridge, Massachusetts
Aron Johnson of Seminole, Florida
Derrick Comparato of Kissimmee, Florida
Kevin Hmelovsky of Windsor, Connecticut
Tyler Picton of Woodstock, Illinois
Philip Martin of Kent, England
Brent Gelsinger or Regina, Saskatchewan
Rene Murguia of Miami, Florida
Keith Cockerill of Fowlerville, Michigan
Ryan Hertel of Athens, Ohio 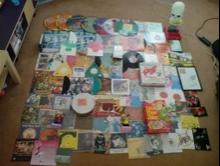 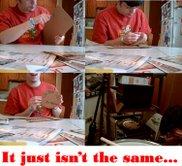 Those wondering what the pressing info for Paint it Black's latest album, The New Lexicon, is can look no further. In addition to 20 test presses, 120 records were pressed on blue/green swirl which were reserved for friends of the band/label and pre-orders. 270 copies on black went to pre-orders, while the remaining 1180 are on white vinyl. There is no word yet on whether we can expect a tour version.

In other Rivalry Records news, they also recently started a pre-order for a new 7" from The First Step. Connection's pressing numbers are 110 on black for friends and pre-order, 270 on white for which were pre-order only and the last 1030 on red vinyl.

While copies of Hot Water Music's 'Till the Wheels Fall Off haven't shipped off yet, No Idea has stated that the first pressing will include four colors, although they haven't confirmed what those colors will be. They've also got the Planes Mistaken for Stars We Ride to Fight artwork in and promise it is looking sweet.

Last week we announced that Robotic Empire was getting ready to release their copies of the Isis 10th anniversary box set. Well, they went up for sale and were sold out incredibly fast, despite the hefty price tag.

Scars of the Midwest from Blueneck has been pressed on vinyl courtesy of Deovali Records. The record is limited and is available on "heavy" clear vinyl. You can place a pre-order here. The label also has the self-titled 12" from Le Pre ou Je Suit Mort, out of France. A limited clear version can be ordered here.

Did you pre-order Float from Flogging Molly? If not, it's out, so get on it.

Interested in winning some free record from Deathwish Inc.? Head on over to DeadFormat and enter to win new 7"s from Trap Them, Trash Talk and Reign Supreme. While there, take some time to browse their forums, news and discography pages.

Deathwish Inc. is now taking pre-orders for Blacklisted's upcoming full-length, Heavier Than Heaven, Lonelier Than God. It will be pressed on three different colors and like all releases from the label, comes with a free digital download.

If you're looking to complete your At the Drive In collection, things may have just gotten a little easier for you. It looks like Fearless Records is going to be repressing the band's releases.

If you have something you would like to see in an upcoming Vinyl File, email ben (at) punknews (dot) org.