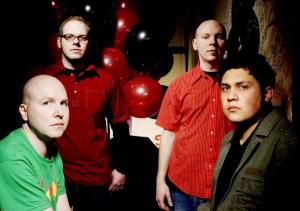 Contributed by red_eye_inc, Posted by Aubin Paul Flameshovel 12 years ago

According to attendees for the band's recent performance, and confirmed by sources close to the label, the Smoking Popes will be releasing their long–awaited new full length on Chicago indie Flameshovel. It will be the band's first studio record in more than a decade with their previous, Destination Failure, released in 1997.

The record is titled Stay Down and is expected in the Fall. The first two songs from the album can be streamed on their myspace page.