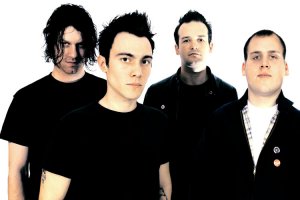 The Bronx have posted an update on their plans for the coming months:

Today we start packing it in to the studio to begin work on 1 of 2 records. The first of which will be our mariachi record. 11 stellar tracks – highlights include "qualude quesadilla" & "if you build it, we will paint it"

4 weeks later we pack it back up and move into our own studio that our kick ass record label got us. Big game lodge. To record 11 blast punk tracks.

Both records should be released this summer worldwide. Double vinyl of both albums to follow. We are gonna try and do a studio blog or something. But we will prolly never get around to it, and blogs suck anyway.

The band has also mentioned the addition of two new members, Vincent Hidalgo of The Drips (which also features Matt Caughthran of The Bronx) and Brad Maggers of Your Highness Electic/Christiansen.