by Adam White Arts and Crafts 13 years ago

Toronto post–punks the Constantines and critical darling songstress Feist have recorded a cover duet for an upcoming 7" to be released by Arts & Crafts. The Canadian artists are tackling the Bee Gees' "Islands In The Stream," particulary the version made famous as a duet between Dolly Parton and Kenny Rogers. The b–side of the release will feature the new Cons track "Trans Canada" from their forthcoming full–length Kensington Heights. Jeff McMurrich, producer of the new Cons record, also recorded the new cover. 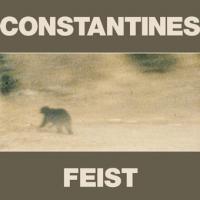