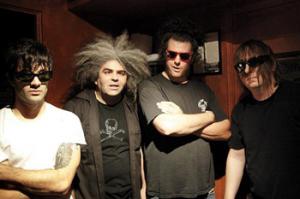 Seattle, Washington's Melvins will be releasing a new album on July 8 via Ipecac titled Nude With Boots. The lineup will remain the same, with constants Buzz and Dale holding down guitar and drums, respectively, and Big Business' holding down the bass and more drums. The album will be eleven tracks.

The group has released only one album with this incarnation, A Senile Animal, released in 2006. The label will also be releasing The Fantomas/Melvins Big Band Live from London 2006 DVD featuring audio commentary from Buzz, Danny DeVito and Ipecac co–owner Greg Werckman.

Music: No Use for a Name: "The Feel Good Record of the Year"