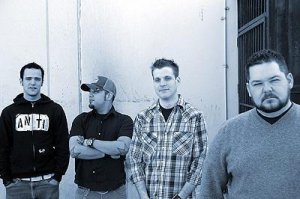 Contributed by alex101, Posted by Aubin Paul Fearless 14 years ago

Texas–based pop punk act Dynamite Boy have announced a second reunion show on June 7, 2008, at the Red Eye Fly in Austin, Texas. This will be preceded by their reunion show from last Saturday (April 26th) at Emo's in Austin, Texas, which was their first in three years from the band's final show in April of 2005.

The show coincides with the band's new digital–only rarities compilation, Time Flies. Despite the additional shows, there is no definite indication of whether the band will do a full scale tour or begin writing a new album. Dynamite Boy last released Dynamite Boy in 2004.

Tours: Strike Anywhere / The Flatliners / Hostage Life / This is a Standoff / Carpenter (Canada)