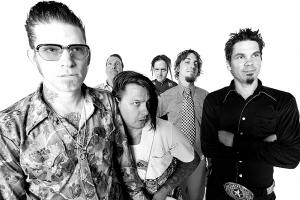 Contributed by fuzzy, Posted by Jesse Raub Acetate 12 years ago

Salton Sea Beach, CA's Throw Rag will be releasing a re–issue of their debut album Tee–Tot in conjunction with their new album, 2nd Place, on June 10, 2008, both on Acetate Records.

Tee Tot was produced by Mickey Petralia (Peaches, Beck, Beastie Boys) and had been only available at live shows as well as out of print for four years. 2nd Place was recorded with Cameron Webb (Social Distortion, Motorhead) at the mixing board and features covers of The Gears and Link Wray.