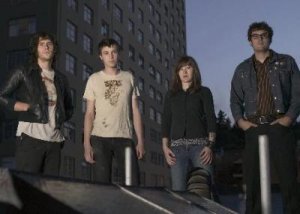 by Adam White In The Red 14 years ago

Portland, Oregon's The Hunches have announced plans for this year. The garage punk band, which has been in the process of "breaking up" for more than a year now, is planning for a 14 song full length to be released this summer, followed by a tour of the US west coast. A seperate vinyl exclusive release with unreleased songs and cuts from their Peel Sessions performance will follow.

If we're going on past history look for In The Red Records to be involved in these releaes, however nothing has been confirmed yet.