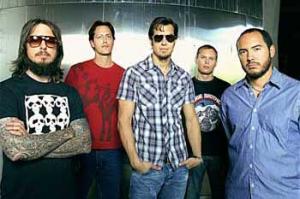 Contributed by SydBarrett420, Posted by Aubin Paul 13 years ago

311 have entered the studio to record with producer Bob Rock (Metallica, Motley Crue, Aerosmith, The Offspring). The band has not revealed any details about the title or tracks, but have announced plans to spend a lengthier than usual time in the studio with two full recording sessions planned.

The two sessions will bookend the band's upcoming summer "United Tour" from June 24 to August 16th. The record will hopefully be released in the Spring of 2009.

Tours: Bullet for My Valentine