Milemarker to reunite for European tour 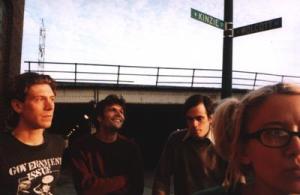 Via an Anonymous Source, Posted by Aubin Paul Jade Tree Tours 13 years ago

Jade Tree and Eyeball post punk collective Milemarker have announced plans to reunite for a tour of Germany and Denmark beginning in late June.

While the band never formally split up, they have been largely inactive since the release of their 2005 Eyeball album, Ominosity. That album followed 2002's Satanic Versus