Ever heard of the Kinks? So has Lana Davies. That's because her father, Dave Davies, was a founding member of the British group who made waves throughout the world in the 1960s and '70s. Lana has been making some music of her own as of late. Her blend of garage/indie and mid-'90s grunge is about to see the light of day via a new album

I hate to admit to that I am reality TV junkie, but itâs the truth. Yeah, most of it is over-produced, but thatâs ok, because all my other favorite programs arenât real either. A few weeks ago, I stumbled across MTVâs Rock the Cradle. It was a reality TV dream, a bunch of barely-talented teens trying to do the ultimate no-no when it comes to being the child of a âMTV Iconâ (Kenny Loggins, really?) -- live off of their parents' fame. Half of the group couldnât hold a tone and the other half wasnât even good enough to make it past the judges of American Idol. The only thing they had going was their last name.

After I saw the train wreck of Bobby Brownâs offspring attempting to cover his dadâs hit, "My Prerogative," I thought to myself, "Where the hell is Lana Davies?" Of course, I doubted she would subject herself to such ridiculousness. In fact, she doesnât need her fatherâs last name to make it in this business or even do a melo-dramatic cover of Britney Spears. The daughter of Dave Davies, the foundering member of the Kinks, Lana confirms that last names donât guarantee you success, but Myspace sure does.

Well, letâs just start off by saying your name, and what it is you do.

My name is Lana Davies, and Iâm a musician.

How would you describe your music, in the simplest of terms?

Um, do you mean, like genre? I guess it would be dirty indie.

What are some of your influences?

See, the music I really listen to now, doesnât sound like the music I play. But I guess while I was a teenager, I listened to Nirvana; I was a kid of the 90âs, so it was all grunge music. But I mostly listen to, well at the moment, '50s pop. But I guess, Nirvana, the Pixies, Iggy Pop.

Was your father one of your influences?

Well yea (laughter), his music was forced on me, but if he wasnât my father, I probably still would of listened to the Kinks.

How was it to grow up with a father who was a musician?

I guess, since Iâve never known anything different, it just feels normal. I guess itâs more apparent when I go to a party, and people mention it to me. But obviously, I think about it for a small second and then go back to life.

Did you spend a lot of your childhood on the road?

Yeah, until I was about when I was six-years-old, I spent my time on the road with The Kinks and my family. I think the Kinks might of stopped playing music around that time, the mid '90s.

What is your most memorable moment on the road?

You know that back stage area, where you can see the audience, but youâre not on stage? Well I was sitting on my motherâs lap, in my ballet slips that I never took off. And my uncle came to change his guitar, and he was changing his jacket, or something like that, and he asked me If I wanted to go on stage and I got really terrified because I didnât even want to think about how many people were in the audience. I must have been about 10, and I said, "No, I canât. I donât want to." And every day after that, I probably regretted it. But my most vivid memory was this costume woman who had puppets. She had like these little parrot puppets, and I use to be fairy amused by that.

What were the puppets for?

I have no idea why she had puppets. I didnât know if it had anything to do with anything, I think she just brought them with her. I donât know if she amused herself with them, or what.

In most of your songs, you have sample vocal tracks, where do you get that from?

From my huge DVD collection! There is one from Something That You Said. I also have one song that is from this woman in Los Angeles, called 'Angeline' and she had a fan club answer machine and I just recorded that off my phone. But most of them are from my DVDs.

On your MySpace page it says you play every instrument. So you play the drums, guitar, etc?

Well the drums are from a program that I downloaded, but I make up all the drum beats. I actually physically play drums but not on my demos.

It also says on your website that you just record everyone on your Mac.

Yeah. I got a new computer now, so itâs a little better quality. But my old computer was sort of broken. So I started using Garage Band. Iâll just put a drum loop on and start recording guitar and vocals over.

Thatâs what gives it that gritty sound.

Yea, cause I donât have proper mic. In some songs, you can hear sirens going past my apartment. It does have really bad quality, but I kind of like that.

Well, I think thatâs what make itâs unique. So as far as I know, you havenât released any albums yet?

Do you have any plans to?

Well I am talking to label in New York, that I should be signing with soon. Hopefully there will be an album released this year.

Will you be recording it in the States than?

Yeah, I think we will be recording it in New York.

Have you played any gigs in the UK?

I havenât played any gigs. Well, at least not any of my own music.

So thatâs cool, youâre going to make a record, and sign to a label, without playing a single show yet?

Lucky you, there are a lot of kids in their basements right now wishing that was how it worked.

There are a lot of my friends giving me evil looks cause theyâve been playing shows for so many years.

Now, since you havenât played live yet, and when you do, since you play everything, how is that set up going to work? 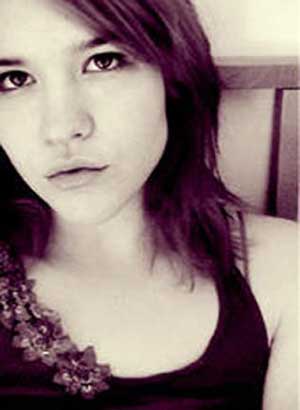 Well, we sort have been experimenting with different things. I want to get it to sound as close to the recording as possible. For the extra vocals, and all those samples, I am going to use a loop pedal. Well, the way I make music, I just sort of do it, I donât really think about it and I find that, that way, tends to work for most things.

After you record, do you have any plans for playing any shows in the states?

Yeah, hopefully we will do a tour in the states. Itâs not definite, but thatâs what I am hoping for.

Do you come to the states often?

Well, I lived in LA for a long time and I have family there. So I at least go there once a year.

You prefer the states over the UK or the other way around?

Well, I gotta say Los Angeles is not my most favorite place in the world. But I find New York and London to be similar. I just donât like that you need a car everywhere and America is so huge, you just canât get anywhere. But there are things I like about both places. But I defiantly feel more at home in London than I do in Los Angeles.

So how do you promote yourself, outside of Myspace?

I havenât really. The music thing, Iâve really only started to take it serious this past year. So we really havenât done any other promotions besides the Myspace-thing. But things have been happening just from that.

Pretty impressive for all of it to just be based off of Myspace.

Is your father a fan of your music?

Yeah, he likes my music. Weâll talk about it, when we get together and have coffee, and stuff. I donât really like talking about my music, because I feel like itâs mine. But obviously itâs a thing we have in common. He seems to like it, unless he is saying that just cause he is my Dad and he feels obligated.

What are you top five albums?

My top five? Wow. Thatâs a hard question. Probably, ah, jeez, probably be at least one Led Zeppelin album on there. The Mollusk by Ween. A Cab Calloway record.

Iâve never heard of him before.

You never have? You know the Bettie Boop cartoons? He did songs for the cartoons. He was a big '50s, maybe earlier; he was a blues/jazz. You gotta check him out.

Thatâs only three, you have two more to go.

Nirvana Nevermind" and The Pixies Surfer Rosa. Easy! I first heard of you when I was living in London two years ago. It was right about the same time that I moved back to the States and I told all my friends about you. I was like, "hey, you got to listen to this, its super cool." So what is one band that you always suggest to your friends to listen to?

One band? You know, I am really fickle about music. I get really obsessive about one song. I usually make a lot of mix CDs for my friends when I get a group of new music that I like. There are two bands that I am really in to at this moment, Albert Hammond Jr's solo album and this band called Girl In A Coma.

Lana is expected to be signing to Black Heart Records which is run by Joan Jett and is the home to The Eyeliners and A Girl In A Coma. You can currently stream her demos on her MySpace. Expect an album by late this year.