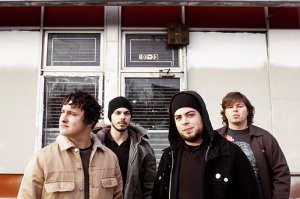 Via an Anonymous Source, Posted by Aubin Paul Fat Wreck Chords 14 years ago

Philadelphia, PA's None More Black have announced a second reunion show. On top of playing on July 4th at Old City clothing store, Deep Sleep the band will be performing the following day (Saturday, July 5th) at the Millcreek Tavern. The Millcreek is in West Philadelphia. The band will be joined by Bearface of Brooklyn and one more TBA. Doors for the show will be at 5pm and the show will end no later than 8pm. It is all-ages and will cost $10.

The band announced their indefinite hiatus status in early 2007. The group last released This Is Satire in 2006 via Fat Wreck Chords.