The Damned in the studio 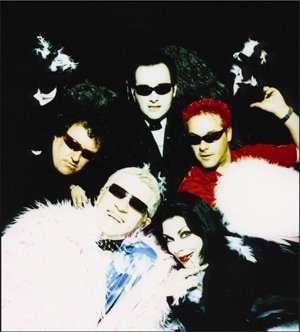 by Adam White Nitro 12 years ago

Longstanding English punk act The Damned are in the studio recording a new full length. The group, as of 2007, featured a line-up of that included Dave Vanian and Captain Sensible backed by keyboardist Monty Oxy Moron, drummer Pinch, and bassist Stu West. Pinch is documenting the recording process via a studio blog at MySpace. The new record will be the band's first since 2001's Nitro released Grave Disorder.