There seemed to be a consensus that it was only a matter of time before Hot Water Music fans would be able to see the Gainesville-born band playing together again. Sure enough, it wasn't long before the band broke their hiatus and started playing small strings of shows. They've been keeping things going at a rather relaxed pace while keeping busy with side projects (The Draft as well as solo output from Chuck Ragan and Chris Wollard).

You guys have been sporadically playing shows here and there since your "break." Should fans consider these "reunion shows" or are they one-off events amongst a hiatus?

Chuck Ragan: I would say the only "reunion shows" were that first string of gigs we played. After those we all felt comfortable enough to keep rolling as it made sense. Weâre in a place right now that weâve worked long and hard for and are able to not kill ourselves doing it. That being the case weâve just been falling in love with the songs all over again and enjoying good times with friends and fans along the way. Itâs a good place to be and weâre living it to the fullest. We definitely plan to have some more shows down the road and possibly even write again but the most beautiful thing about all of this is weâre not under the pressure of anything or anyone to "have" to do it. So it puts us all back in the mind set that got us all together in the first place.

Jason Black: I don't think either of those choices are entirely appropriate. While the likelihood of a full-blown HWM tour is slim to zero, we're having a lot of fun doing these little bursts of shows and will probably just keep doing them, as long they fit into our schedules and the demand is there. 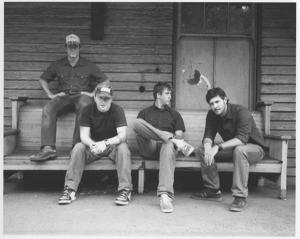 Speaking of shows, you guys played some European festivals back in May. How long had it been since you guys were over there, and what was the response like in comparison to the U.S. dates you have been playing?

CR: Iâm not sure how long itâs been exactly but by the time we were there it felt as if we never left. The most wonderful thing about HWM to me is over the years weâve been blessed enough to have people all over this world take us under their wing and into their communities and families. There have always been places that are better for shows than others but in the grand scheme of it all, we feel that thereâs a strong and definite sense of unity at any HWM show. It doesnât matter what state or country weâre in.

JB: It was about the same amount of time between shows here and shows in Europe for us. The response has been great in both places. We haven't really done enough shows yet for me to have a favorite, but the Groezrock festival in Belgium may have been close to the top thus far.

Essentially every show you guys have lined up in the States recently features top-shelf punk and hardcore acts sharing a bill with you. Have you guys been handpicking these artists and how fun has it been playing with them?

CR: We have and simply due to the fact that weâre all friends. Weâve all either been around the block together in one form or the other so itâs just a given. If weâre doing the shows and we have a choice of whom we can bill with, weâre going to choose our friends that we care for and support. Not only because we want to support and help share their music but also to simply have a chance to catch up enjoy a good night together. Itâs been a blast.

JB: We've been really lucky to manage to get all of the bands we have thus far. That said, it hasn't been easy organizing all of these bands for just one show here and there, but it's been worth the work.

Aside from gas prices, what are some of the biggest differences you guys are experiencing in the shows you've been playing recently compared to when you guys were touring full time?

CR: A larger turnout and more voices and energy to keep up with!

JB: I'm sure it will start to subside once people are used to us being around again, but so far the size of these shows is really blowing a good majority of our shows back in the day out of the water.

Many of your contemporaries from back in your relentless touring days are now experiencing some mainstream success (Alkaline Trio, Against Me!, etc). During the height of the Hot Water Music success did you guys receive much attention from major labels? If so, how much consideration did you give it?

JB: We received zero attention. Literally, no major label ever tried to sign us. Therefore, no consideration.

CR: Not much as I recall. When we reached Epitaph we felt on top of the world. This was a label that we all grew up with in one form or the other. Not to mention that they were an independent heavy hitter. I think upon signing with them we all felt quite comfortable and in a good place. Not to say that we would have denied a major offer if it presented itself and was a correct one. I think we always did our best to play the game part of the business the best we could along with the friends and colleagues that helped us make the right decisions. We definitely were skeptical of a decision like that from all the fallouts, mistakes and bad deals that some of our friends or bands we admired went through. How could any musician not be when surrounded by horror stories? At the end of the day, it always can be a tough call. Independent or major -- either way, theyâre still both a business.So itâs imperative that any artist knows to the fullest extent what theyâre getting into before signing on the dotted line. 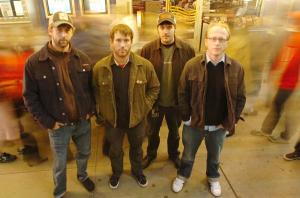 You recently released 'Til the Wheels Fall Off, a collection of b-sides/rarities on No Idea Records. You have kept a consistent relationship with No Idea throughout your career -- can you elaborate on that?

CR: No Idea has been a friend and neighbor for years on end and has always done their best to help bands they love be heard. Theyâve been great to us. A family and home label, and still are. Despite their funny looking logo!

Chuck, you (and on select dates, Chris Wollard) are participating in the "Revival Tour" featuring Tim Barry, Ben Nichols and a slew of other artists. Could you shed some light on what the tour will consist of and what you're looking forward to the most going into these shows?

CR: Iâm looking forward to the whole thing. Itâs quite a long one and way longer than any of us had planned it to be but weâre fired up beyond belief. After sitting on it more it made sense to bring it wherever we could. Iâve been wanting to do a run like this for quite sometime and when my wife and I started sketching it out, we wanted to break the mold in a way of shows and touring that weâre used to.

Rather than the same old same old of opener, band, band, headliner, done. Not to say this has never been done before because it has in many forms. As far as I know it hasnât been done within the scene Iâve been apart of. The way we all plan to work this show is that we want to make it more of a collaborative showcase event. From note one, we plan to all take the stage together. The three of us, the players, guests and all involved. Weâll be accompanied on this tour by fiddles, stand-up bass, pedal steel, banjos and more. Weâll be beginning the show all together from the top and as the show progresses it will turn and fade to each other alone or with minimal accompaniment. Some of it may be planned or laid out, but once weâre rolling, we honestly donât know what kind of monster itâll turn into. But thatâs what makes it so damn exciting for us!

The show will run for an extended period with just a couple intermissions rather than change overs. Or we might just keep on playin! Weâre all into it together and want to put our most into bringing something a bit different to our circle of music so for now, this is how weâre gonna do it. If anything weâre gonna have the time of our lives. If youâre planning on making it to one of these shows though, Iâd say get there early because weâre not planning on holding back at all from start to end.

CR: Personally, I donât care to do much touring in the band anymore except for short runs and such. I think weâre all in that mind frame but you never know. Again, if it makes sense, we could. As far as recording goes, weâve all talked about it, we all write constantly, and -- most importantly -- we love playing together. So I think itâs just a matter of time. Or at least I hope. Like Iâd said before, the best part about this now is that we donât have the pressure that weâd been used to and itâs all fresh and new again. Anything we can, or need to, do to keep it that way, weâll do. If a new record or more shows keep us young at heart and doing what we love as well as keeping us free and independent as possible, then weâll adhere to it. 'Till then weâre just out to have a good time with each other and the folks at the shows.

CR: Weâd like to express our thanks and admiration for all the good people that have bent over backwards for us over the years. Thank you for being just as much apart of this as us!

Contests: Win tickets to see The Enemy UK at the Osheaga Festival