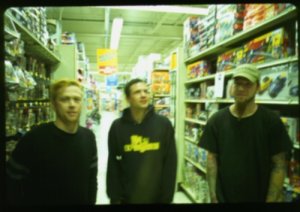 by Justin August 12 years ago

Ann Beretta has announced two upcoming shows and an end to the band. The first will be on August 22nd with Weston, the band with whom Ann Beretta played their first show with in 1996. They are considering this their "Farewell To Richmond" as they will be playing their "last show" at this year's The Fest in Gainesville, FL. The Richmond set will consist mainly of songs from Bitter Tongues, their first album.

Ann Beretta rose from the ashes of fellow RVA hardcore outfit Inquisition. Rob Huddleston, singer and guitarist, will be releasing a new album from his other band Foundation this year via Paper and Plastick.

If You Make It gets awesome on the Pink Couch with Bridge and Tunnel, Andrew Jackson Jihad, Lemuria