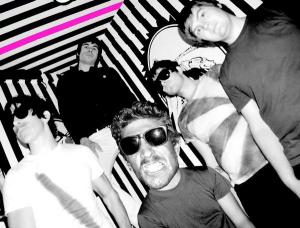 by Adam White Dirtnap 14 years ago

Seattle's The Girls have detailed their sophomore LP Yes No Yes No Yes No, which will be released on September 16th via Dirtnap Records. The band once again worked with producer Martin Feveyear (The Briefs, Epoxies), who produced their 2004 debut.

The song "Transfer Station" can be downloaded here.

At one time or another the Girls have featured members of the Briefs, the Spits, the Catheters, and the Cute Lepers. The band's current line up features vocalist Shannon Brown, guitarist Vas Kumar, bassist Griff, keyboardist Derek Mason and drummer Elie Goral.