Underoath detail “Lost In The Sound Of Separation,” clips

Via an Anonymous Source, Posted by Aubin Paul Tooth & Nail 14 years ago

Underoath have revealed the artwork and track listing for their upcoming full length. As well, clips of each of the 11 songs can now be streamed here.

The record is titled Lost In The Sound Of Separation and is due out September 02, 2008. It is the follow-up to Define the Great Line which was released in 2006. 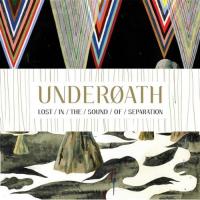