Contributed by allon, Posted by Adam White Paper and Plastick 14 years ago

Orlando, FL's Gatorface, which features Alex and Richard of New Mexican Disaster Squad, has announced further details on the upcoming debut EP Sick and Stupid. The six song track listing and cover art can now be seen by clicking below.

The album will be released by Vinnie of Less Than Jake's digital and vinyl only record label, Paper and Plastick. The record will be released as a 10" with a digital download code included. The album is also one sided, with the b-side featuring a sketch drawn by the band's drummer. 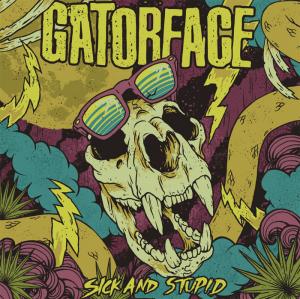