by Aubin Paul 13 years ago

Mikoto have signed to Saskatchewan-based Torque Records. The label will be releasing the band's debut full length. The record is titled We Are The Architects and is due out October 14, 2008. It is the follow-up to Mikoto which was released in 2005.

The five-piece recorded the album in just 25 days with producer & Saosin guitarist, Beau Burchell (The Bronx, Name Taken, The Bled)

You can check out some new music from the album on their myspace page. 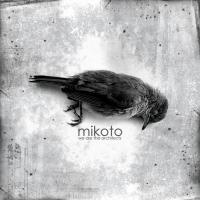