Face to Face to tour Australia in 2009 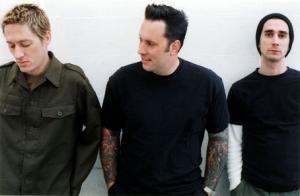 Contributed by alex101, Posted by Jesse Raub Antagonist 14 years ago

As the band continues their reunion tour, Face to Face have been confirmed for Australia's Soundwave 2009 festival, which travels through five cities. Frontman Trever Keith had recently mentioned that the band may record a new album at some point. The band's last album was How To Ruin Everything in 2002.

Music: Arrows: "We Only Speak on Weekends"