New hits collection from The Smiths due out in November

by Aubin Paul Rhino 14 years ago

Rhino has announced plan to release a new hits compilation covering The Smiths. The record is titled The Sound of the Smiths and is due out November 11, 2008. Of particular note is the involvement of songwriters Morrissey and Johnny Marr who both contributed to the track selection, remastering and artwork.

The disc is set to be released as both a single disc and double disc collection, 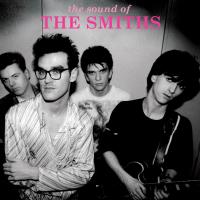