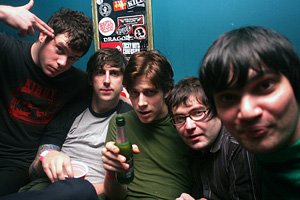 Austin, TX's And You Will Know Us By The Trail Of Dead are gearing up for their sixth full length release, due in February 2009 on their newly formed Richter Scale imprint of Justice Records. The band has been working with Chris Coady (Foals, Grizzly Bear, TV On The Radio, Yeah, Yeah, Yeah's).

The group released the Festival Thyme EP earlier this year, and posted a song from the album on their MySpace page.