by Aubin Paul Fearless 14 years ago

Fearless Records has announced the latest edition in their Punk Goes… series. The forthcoming compilation will be titled Punk Goes Pop 2 and is due out February 17, 2009. Bands on the disc include Alesana, Attack Attack, August Burns Red, Bayside, Breathe Carolina, The Cab, A Day To Remember, Escape The Fate, Four Year Strong, Mayday Parade, Silverstein, A Static Lullaby and There For Tomorrow.

No word on what tracks they will cover just yet. The previous Punk Goes Pop included songs by Top 40 artists circa 2002 like Pink, Britney Spears, Mandy Moore, Backstreet Boys and others. 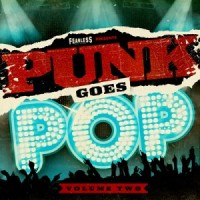 Line up for 2009 Harvest of Hope announced