A Wilhelm Scream post unreleased song “The I Hate ___ Club” 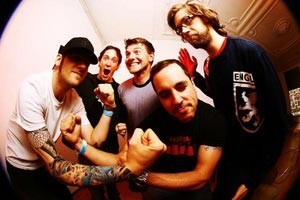 Contributed by XCARLUPANDDIEX, Posted by Adam White Nitro 13 years ago

New Bedford, Massachusetts' A Wilhelm Scream ended 2008 by unveiling an unreleased, unmastered song titled "The I Hate ___ Club." It comes from the sessions for 2007's Career Suicide.

Before their winter break the band finished drum and bass demos for five new songs. Guitarist Trevor Reilly commented that the songs are "fast, lengthy and cocky sounding." Judge for yourself at their MySpace page.

The band will hit the road later this month in the United States and Canada for a tour with the The Swellers and Streetlight Manifesto.