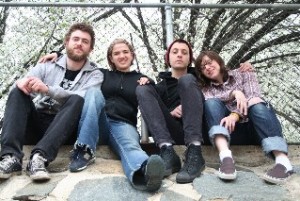 Contributed by tonynoidea, Posted by Adam White No Idea 13 years ago

Bridge and Tunnel have unveiled a new song titled "Loss Leaders." You can stream the track at their MySpace page, or find it on their upcoming 7" to be released this April on Yo Yo Records. The b-side of the album will feature a cover of Silent Majority's song "No I'm Not."

The Huntington Station based band will hit the road soon with Mouthbreather to travel south to the Harvest Of Hope Fest. The band will later head to Europe to support their debut No Idea Records full length East/West.