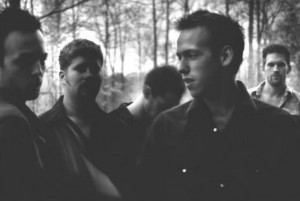 by Aubin Paul Doghouse 13 years ago

Split Lip / Chamberlain have announced plans to reunite. The band originally formed as the emotional hardcore outfit Split Lip before changing their name to Chamberlain in 1996.

The band will be reissuing their album, Fate's Got a Driver on April 21st, The album has long been out of print, and will be made available on limited color vinyl with fully redesigned artwork. In addition to the 8 original tracks are 5 previously unreleased and rare tracks. In addition, each LP will include a download code including all the songs on the LP plus additional b-sides and bonus videos.

The band has also announced some reunion shows, all with the original band lineup and more shows are expected.